A few weekends ago, I joined a group of foreigners on a trip out to the Gochang area, which lies slightly to the northwest of Gwangju. Although spring hadn't quite yet hit, and the Camellia flowers that the area is so famous for were not yet covering everything, we were still treated to some lovely views. 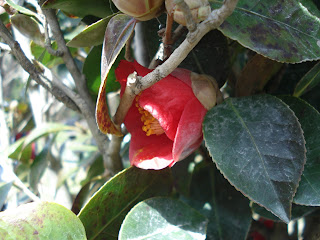 One of the few camellia trees in bloom

Our first stop was Seonunsa Temple, to see some millenia old relics and partake in some delicious locally grown tea. The temple was orriginally built during Baekje Dynasty (18BC ~ 678BC), but much of it was lost during the 2nd Japanese Invasion in 1597 (also called the Jeongyujaeran). Fortunately a number of important parts were preserved and restored. 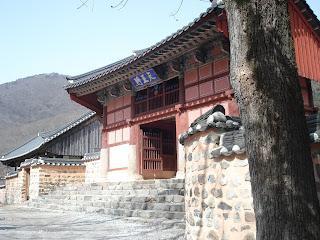 The main gate to Seonunsa Temple 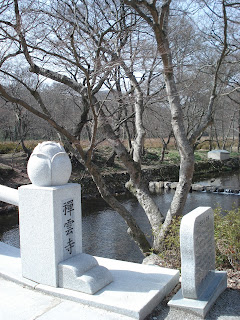 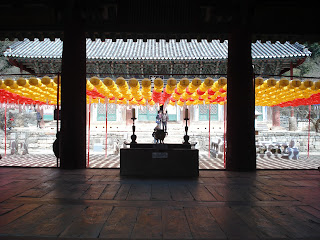 The view from the tea pavilion (previously the scholar's pavilion) 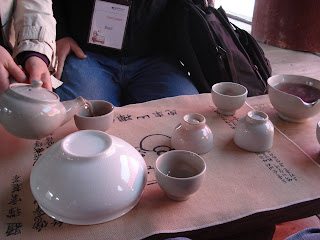 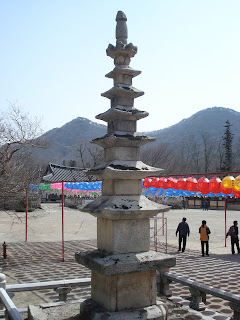 The relic - the most important and sacred part of any Buddhist temple. This one is nearly 2000 years old.

Our next stop was for lunch. As the Gocahng area lies along the coast where many rivers meet the sea, the specialty of this area of Korea is eel - fresh, brakkish or salt-water. For lunch, we were treated to spicy strained freshwater eel stew. In order to make this delicacy, the eel is boiled until all of the flesh is melted off and the bones and other bits are then strained out, leving a thick rich broth. While I quite enjoyed the taste, the mushy texture was not my favourite. I much prefered the seafood rice porridge we had along with it. 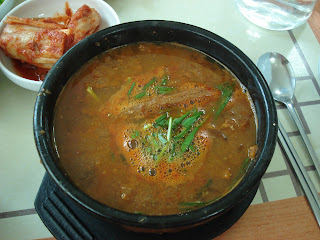 The second stop of the day was my reason for joining the trip - the Dolmen park! In 2000, UNESCO recognised the Gochang Dolmen Park, along with two others, as world heritage sites. Korean dolmen are megalithic (huge stone) Bronze Age burial sites (also called portal tombs) dating from between 1200BC to 200BC and are organised along axes that archaeologists have interpreted to reflect a culture of ancestor worship. Unlike dolmen found in many other parts of the world, the Korean dolmen are tightly clustered. In Gochang alone, for instance, there are over 1600 dolmen in approximately 185 clusters. Interestingly, the wide range of sizes and shapes of Korean dolmen also suggest that they were used by people of all classes and socio-economic levels. 4 types of dolmen can be found in Korea: the classic table-type dolmen found all over the world (especially in Ireland and Wales); capstone dolmen, in which a large stone slab is placed on the ground directly over the burial chamber; stone-circle type dolmen in which a large slab is placed on a circle of smaller rocks; and, a type unique to South Korea, the go-table dolmen in which a massive boulder or rock slab is placed on four roughly cube-shaped smaller stones. 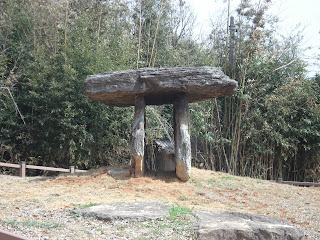 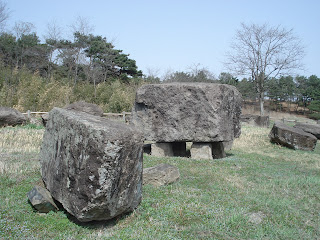 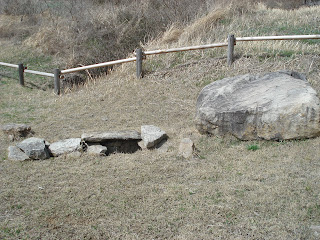 A peek into the burial chamber 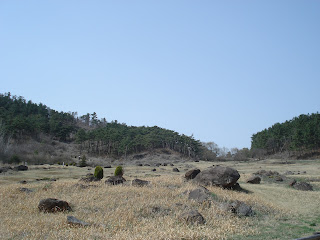 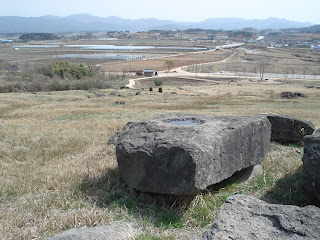 My personal favourite - it had the best view!

After thoroughly exploring the Gochang dolmen, it was time to turn our attention to the nearby fortress. Gochang Fortress (or Gochangeupseong Fortress) was orriginally built during the Early Joseon (or Chosun) Dynasty (AD1392-AD1897), likely sometime between AD1453 and AD1573. The fortress has a circumference of 1,684 meters and is the best preserved of its kind in the country. Archaeological and historical evidence shows that the fortress originally held 22 government buildings (including one which acted as a shrine to the faraway king), 2 ponds and 47 springs - unfortunately all of these were burnt down during a war. 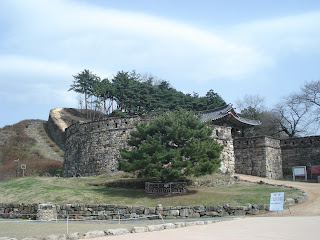 While 14 of these government buildings have been restored since 1976 and the fotress is now a heritage site, I think it would have been much more interesting to see the fortress prior to this restoration when human nature had taken it's course and the walls had become incorporated into the modern town! 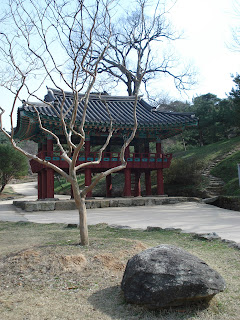 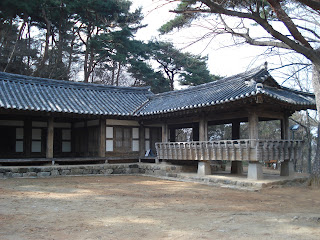 Koreans do not only visit Gochang Fortress for it's scenery and historical value. There is also a well preserved oral tradition that claims that if a woman walks around the fortress with a stone on her head once, all her illnesses will be cured; twice and she will have longevity; three times and she will go to paradise when she dies. Apparently the best days for this are the 6th, 16th and 26th of  March in the lunar calendar when the gate to the other world supposedly opens. 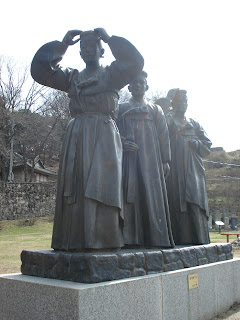 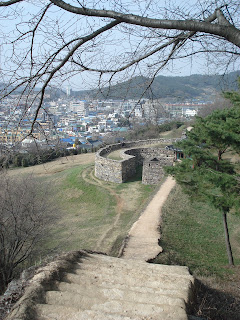 Although I managed to walk around the fortress walls one and a half times, it was neither an auspicious day, nor did I have a stone on my head - I wonder what that gets me?
Posted by Ally S at 9:33 AM