Sorry, this is going to be a mostly photographic post as I am running off to China & environs for holiday and have no time to type! More explanations will come eventually, I promise

I finally managed to join the climbers from Gwangju's Extreme Climbing Gym on one of their overnights this past weekend for some camping, multi-pitch climbing and rapelling - such a blast! I hitched a ride in the last car headed toward the crag and, so, didn't even arrive until after 11pm. No worries though, the tents had already been set up and dinner was on the grill - the only problem was the pitch black, somewhat precarious river crossing. Happy to say I didn't fall in; though some of my fellow climbers did :). Even that wasn't such a problem as the water was so delightful that many of us chose to go for a 1am swim in preparation for our 5am wakeup *grins* - I'm convinced Koreans don't sleep. The climbing itself was great, we took a much easier route than some of the others (who you can see pictured climbing on what look like sheer cliffs in a number of my photos) on acount of my being not-anywhere-near-as-mind-blowingly-amazing as they are. My wrists were acting up (I sprained both - yes, I am that talented - a few weeks ago) and by the last pitch I had no grip left to climb with - leaving me stranded but meters from the top :(. All in good fun though - it put me ahead for the rapel down :D. 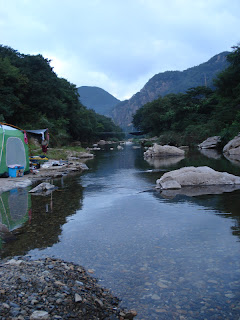 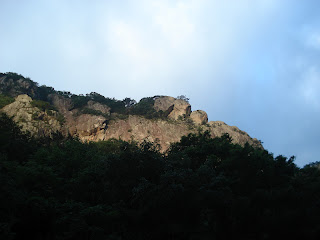 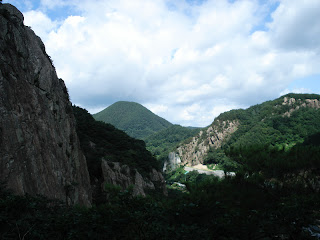 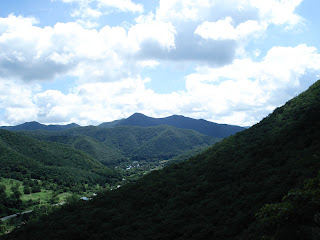 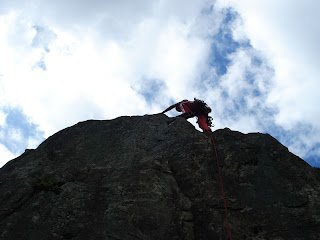 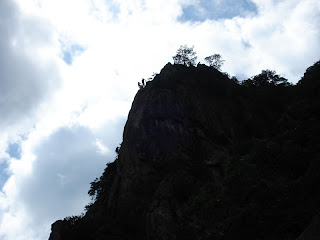 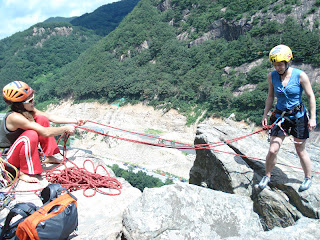 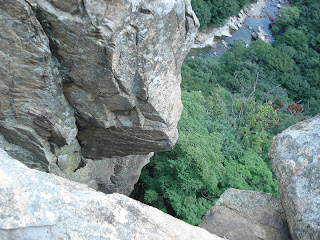 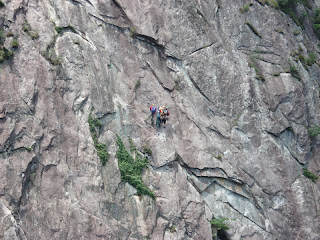 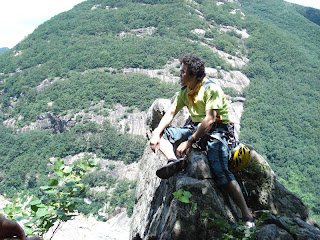 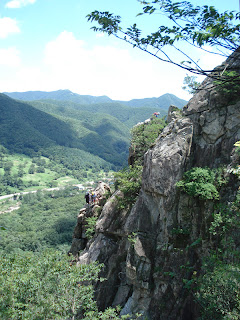