For those of you who don't know, I am here in Korea working as a guest native English teacher in the public school system as part of the English Program in Korea (EPIK). Twice a year the Korean government brings over roughly a thousand native English teachers to be placed across the country in order to help foster English language skills in schools. As part of our placements, we undergo a week-long intensive training course held at one of three institutions in the country. As I am working in Gwangju City in the Southwestern Jeolla-do province, I along with the rest of those placed in the South attended training and orientation at Jeonju University. 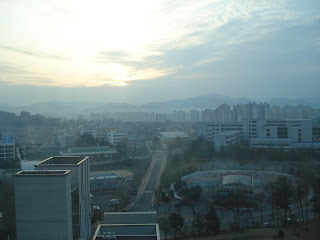 The morning view from our dorm room window.

Although the training schedule was intense EPIK made sure we had time to do some cultural activities as well.   And one of these was... 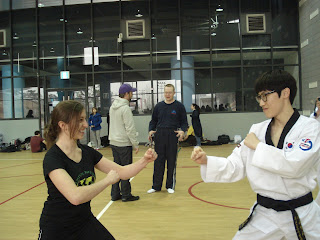 (Yes, that's right, I could totally take on one of the members of Korea's National Taekwondo Team)
As part of our orientation we were treated not only to a demonstration of the amazingly INCREDIBLE (I can't stress that enough) abilities of the Jeonju University Team (which includes a number of the national team members), but a class with them as well! I  don't think I can even begin to describe how good they were. They were breaking boards while doing flips 7 feet in the air! and the whole thing was choreographed to music by their coach! With comedy routines worked in to collect the broken board bits! *shakes head in wonder*

We also got to take a trip to Jeonju's famed traditional Hanok village. 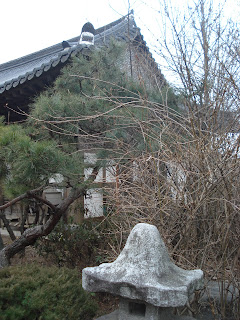 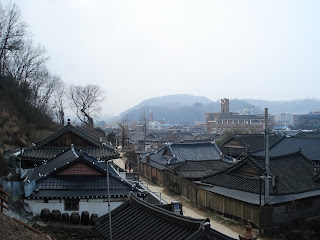 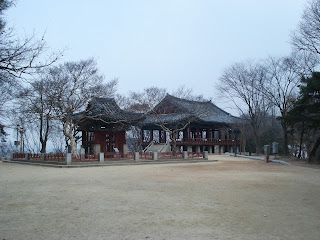 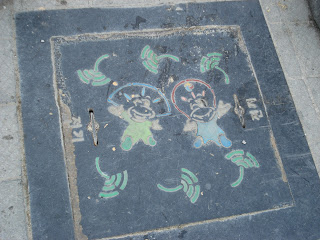 Check out this traditional Confucian School: 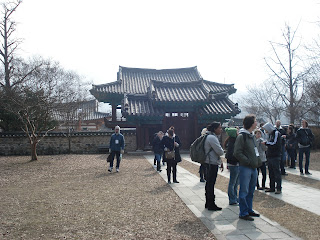 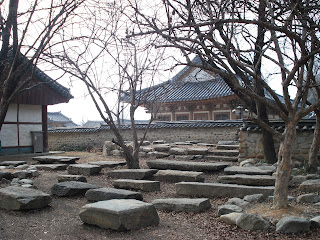 This is one seating arrangement I wouldn't get tired of. A bit cold in winter though I imagine!

While in the village we also got to observe Hanji (paper) being made in the traditional way. 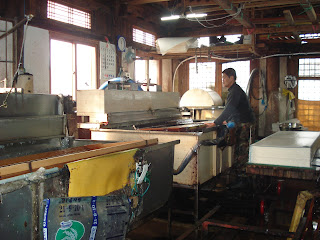 (with a few modern improvements of course) 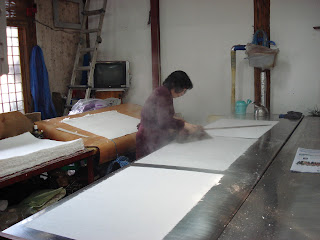 This paper is then used for any number of things, including: 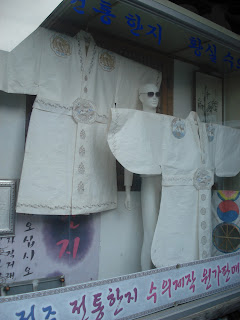 Clothing to be burnt for the dead and... 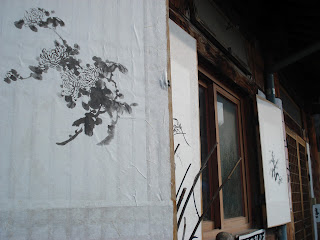 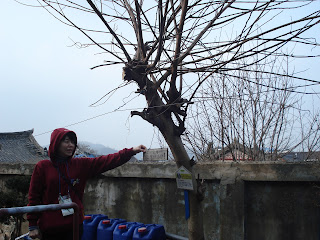 Our EPIK mother Soonhee showing us the mulberry tree from which the paper is made. 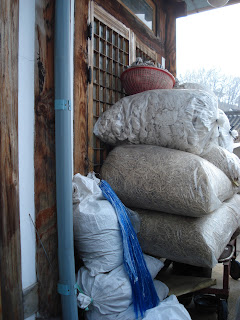 the various stages of the mulberry to hanji transition

We also got to try Jeonju's take on Jeolla provinces famed bibimbop :) 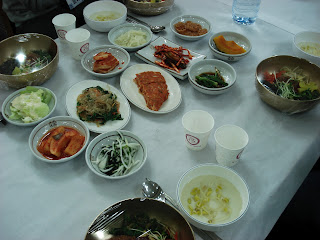 What's a cultural experience without music and dance? 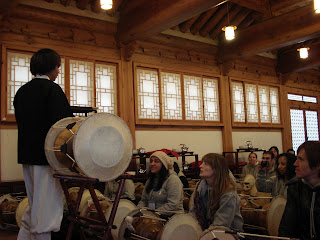 I'm not even going to pretend our attempts at traditional drumming sounded good... 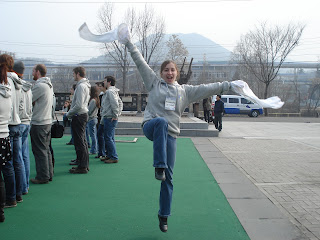 Well, I'll let the professionals show you how it's done...

ally, that's awesome to see you settled in. it looks like you're having the most interesting adventures. can't wait to see more.